Throughout history there have been countless amazing poster designs whether they be political posters, movie posters, or event posters. I’m going to count down my Top 12 Poster Designs from History based on how influential and how aesthetically pleasing they were. Unfortunately I couldn’t include any magazine covers, editorial spreads, brochures, etc… strictly poster designs here folks.

This poster was designed by Schulz Neudamm in 1926 and was designed for the film Metropolis. Today you’ll see a lot of people using a similar combination of art deco and futurism to achieve this beautiful look. It also grabs attention by breaking free from poster dimension standards and creating a huge block of white space between the title and the foreground figure.

This poster was designed in 1967 by Victor Moscoso. It was a poster for the Chambers Brothers and the idea behind these types of posters was that if you couldn’t read them, then you weren’t the type of person the poster was intended to reach. The way that Moscoso makes the typography interact with the photograph is perfect.

Designed in 1934 by Herbert Matter this poster has a lot going on in it. A staple in swiss design, this poster uses diagonal white lines to convey the movement of the skiers, combined with typography set on an opposing diagonal line. Matter also chose to contrast the tiny figures on the hills with a massive hero-shot in the foreground of the poster, a technique still used widely today.

Designed in 1976 by Gunter Rambow and Michael van de Sand this poster was promoting a book and the portability that books brought with them. With no type aside from on the cover of the book in the photograph, and on the tiny logo on the bottom of the poster this piece conveys exactly what it needs to. Try telling a client today that they don’t need any type on their poster.

Designed by Alfred Leete in 1915 (two years before Uncle Sam came begging for his countrymen via posters everywhere) this poster creates a sense of urgency in the way that the main figure is attempting to interact with the viewer in such a powerful and direct way (wow what a long sentence, why not make it longer but putting another thought bracket here).

Max Bill designed this exhibition poster in 1945. As part of the International Typographic Style movement, Max Bill adhered to strict design principles which is evident in this prime example. The photographs are aligned on an invisible grid and then tilted to create more interest and dynamic within a pretty simple design. And in true Typographic Style fashion, a generic sans-serif is used for the title and date of the exhibition.

This poster was designed in 1925 by Russian constructivist Alexander Rodchenko. Although I can’t find much information on this particular poster itself, Rodchenko’s style typically consisted of blended photomontage, and bold geometry, with a limited color palette. The influence of the constructivist movement and Rodchenko in particular remains strong to this day through the works of designers such as Paula Scher & Shepard Fairey.

Designed in 1969 by Dietmar Winkler this poster promoting a computer programming course was a bold experimentation with type. Again, elements of the International Typographic Style’s use of grids and stripped down typography is evident in this poster, for the body copy at least. As for the main title, this is around the time that people were really beginning to use typography and letter forms as illustrations.

Designed by design duo The Beggarstaffs in 1894 for Kassama Corn Flour. This poster among others of the time marks a pivotol shift for western design by introducing minimalist Asian methods. By using a strictly limited color palette, and basic shapes & forms the Beggarstaffs let your eye fill in the rest in this bright, bold poster.

John Heartfield designed this poster in 1930 as a political piece against media. The poster reads, “Whoever reads the bourgeois press turns deaf and blind. Away with these stupidity-causing bandages!” Aside from the extremely clever photograph, the design makes use of minimal typography in such a elegant way with a nice grid.

Designed by Armin Hofmann in 1959 this poster was designed for a stage production entitled, ‘Giselle’. With a bold vertical title, and obscurely cropped photograph in all black and white with the use of an invisible grid, this poster really pops. Similar looks have popped up all over the place over the years and will likely remain to.

Paul Rand designed this famous poster in 1981 for computer technology giants IBM. It’s a pretty simple design with basic illustrations however he based the design on the Rebus principle which in short is the practice of using the sound of one or more words to mean something totally different. Very clever, but what would you expect from Paul Rand?

And that’s the The Top 12 Poster Designs in History! Don’t hate me if I didn’t include some of your personal favorites. As a matter of fact, let me know what you think about these choices or choices that you would have made in the comments down below. 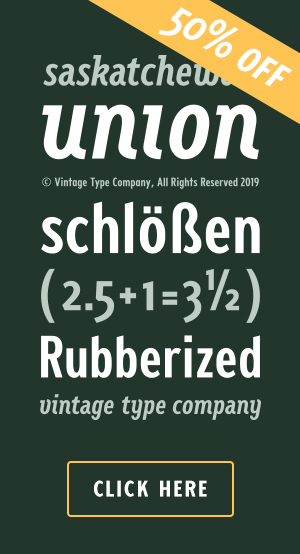